The case for action

Illustration and animation in the children's media industry still has some way to go to truly offer meaningful employment opportunities for underrepresented ethnic groups. The children we serve come from all walks of life and backgrounds, so the people who make and create the content they love should too.

We believe it's not enough to show support, or become an ally; action is required. We need to come together to provide real opportunity for diverse talent to break-through and shift the landscape of the industry with new stories, voices and creative talent.

The Secret Story Draw's ambition is to achieve this change in the creative sector for the benefit of all, by providing a pathway to real opportunities for a lasting career.

Hear from some of last year’s winners as they discuss the impact that The Secret Story Draw had on them:

At the heart of this campaign are genuine offers of work, internships, work experience and live project briefs. There will be awards along the journey for the brightest and the best, but opportunities beat awards every time.

Here's a short film that explores why initiatives like the Secret Story Draw are so important:

The secret story draw is a not for profit organisation, and we rely heavily on the goodwill and generosity of our friends in the industry. Not only to offer up the opportunities to make this campaign work, but also providing us with connections and contacts to elevate the campaigns profile. Unfortunately, we can't achieve all our aims on goodwill alone. Small amounts of funding are incredibly valuable and will go a long way.

Sponsoring the Secret Story Draw is a fantastic way of demonstrating your support and commitment to improving diversity in our industry.
If you're interested in helping and want to know more about sponsorship opportunities, please contact us at: 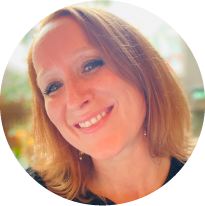 In addition to her work with children’s IP, Natalie regularly lends her expert opinion to the children’s IP market. Natalie sits on the jury for the International Academy of television Arts & Sciences for Kids’ animation and is a regular contributor to the industry’s trade press, with recent articles appearing in C21 and KidScreen. She’s also an active member of Animated Women UK, often lending her insight on panels and was recently part of the Helen North Achieve Mentorship Programme. 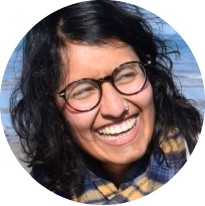 Chandan Shergill works mainly for the BFI YACF, as well as roles at BFI Film Fund and BFI Network. Chandan is also currently working freelance with the Old Courts in Wigan in partnership with Battersea Arts Centre, and recently finished working on a project to recruit under-represented writers with New Writing North and Sky TV. She is a Trustee for Manchester City of Literature, and spent several years working in a talent agency representing television presenters in London, working across numerous factual shows along with children's and live events.

More recently she has worked in the charity and public sector, with roles at Refugee Action and Manchester City Council. She lives in Wigan and is recently back at work from maternity leave. 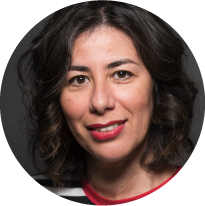 Jamila has over 20 years’ experience in the kids media industry. As a children’s media consultant, her services range from content development and acquisitions to channel and brand strategy across linear and digital platforms. Recent clients include Channel 5, Moonbug, Lime Pictures and Toon2Tango.

Jamila started her career in distribution for TV and film company Fireworks International (now Kew Media) before going on to specialise in children’s television. She became commissioning broadcaster at CITV where she worked for 14 years, before joining Sony Pictures Entertainment to head up Sony Networks’ portfolio of kids’ channels. There she ran scheduling, strategy and programme acquisitions for Pop, Tiny Pop, Pop Italy and Pop Africa. She acquired PJ Masks, Miraculous, Masha and the Bear, Alvinnn and the Chipmunks, Angry Birds, Superwings, My Little Pony and Power Rangers and made Pop the number one rating commercial kids’ channel in the UK. 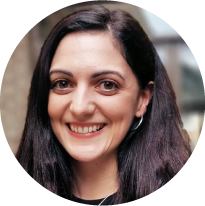 Lydia is Head of Digital Media, Platforms and Planning at BBC Children's and Education. She was previously Editorial Director at kids creative agency KidsKnowBest where she was responsible for the agency communications and content for a suite of kids apps.
‍
Previously, Lydia also worked at Beano Studios where she led an award-winning team on the entertainment network beano.com, and at Channel 4 where she was an online producer working on high-profile youth brands. 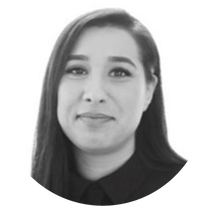 Hafsa is a corporate associate at Sheridans, a Soho based media law firm. Previously, she worked at Warner Bros. and Hachette. Hafsa is passionate about increasing access to opportunities in the media industry for people from diverse backgrounds. 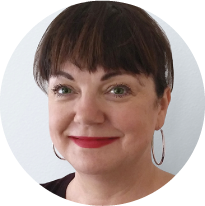 Helen runs a media consultancy specialising in IP, publishing and TV production. Drawing on almost 30 years experience of the children’s sector across all key media.

She has held many senior roles including BBC Worldwide and Walker books, where she developed and co-produced award-winning TV series and films for Disney junior, CBeebies, CBBC, CITV and Channel 4. 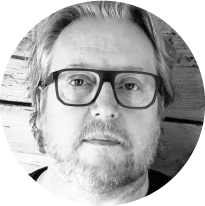 Jon Mason has worked in digital media production for over 20 years. Following an early career as a creative producer at Walt Disney, he founded Jollywise, a creative digital studio. For clients like Disney, BBC, PBS, DreamWorks and Sesame Workshop, their work aims to produce brilliant, thoughtful digital content that connects with children of all ages.
During lockdown, Jon developed The Secret Story Draw - a campaign with an optimistic outlook that’s dedicated to creating more opportunities for illustrators and animators of colour in the children’s industry. It has attracted incredible support: from writers, broadcasters, VFX, animation & gaming studios, to organisations like the BFI and BAFTA and the Children’s Media Conference.
By his own admission, Jon is not a diversity expert and doesn’t pretend to be. But he’s interested in asking questions about the challenges, speaking with the industry to learn more, and is committed to taking some action. The project’s outcome is to make repeatable and lasting impact on the industry.